To select genomically driven prognostic protein markers at the patient-level.

The genomic information is incorporated through modifying the downstream effects of a selective subset of proteins on clinical outcomes. The significance of these effects is identified by a novel subject-specific variable selection technique, which allows for the detection of protein markers on the patient level.

Aim: build models that help to improve the understanding of the biological underpinnings of prognostic pro-teogenomic biomarkers on the patient level; - and perhaps provide a new insight into tumor heterogeneity that potentially leads to the development of novel personalized treatments.

The Cancer Genome Atlas (TCGA): a project that was launched in 2005 to explore, evaluate and characterize the genomic and proteomic landscape of over 30 human cancers, both common and rare forms.

gene expression: since May 2012, the pipeline RNASeqV2 has been adopted by TCGA to generate the Level 3 expression data: use MapSlice to align the sequence data and RSEM to quantify transcript abundances

clinical information: cancer stage, histologic subtype, and survival times, with some cancers having more mature survival data with a sufficient number of events and follow-up times to allow us to build prognostic models for those cancers.

Overview of the model

One naive way is to regress clinical outcomes on the genomic and proteomic data and apply a variable selection technique to select protein markers.

To allow for flexible interactions, one can incorporate varying coefficients into the regression model.

But that cannot account for tumor heterogeneity because the selected biomarkers are presumably the same for all patients.

Propose a varying-coefficient model that allows $\beta_j$ to vary with $G_{ij}$ in terms of both strength and sparsity,

two motivations for $\beta_j(G_{ij})$ as a smooth function

construct $\beta_j$ as the sum of the spline functions

VCM can be viewed as a special case by fixing $\lambda_j=0$.

then the likelihood is given by

Prior and gene selection

Prior for gene selection

assign a spike-and-slab prior on $\eta_{jk}$

Prior for protein selection

suppose we have a new patient with protein and gene expressions $(P_{n+1}, G_{n+1})$ and want to predict the survival time. 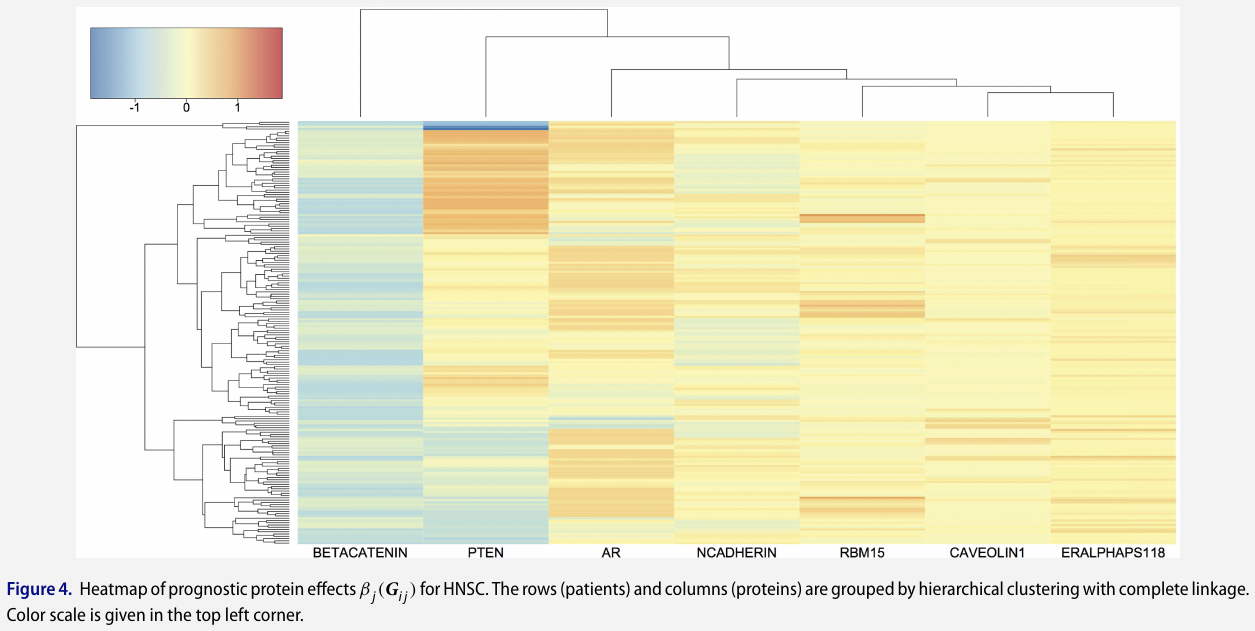 C-index measures how well the survival model predicts the data and is defined as the ratio of the number of concordant predicted survival times against the number of all possible pairs that can be ordered, 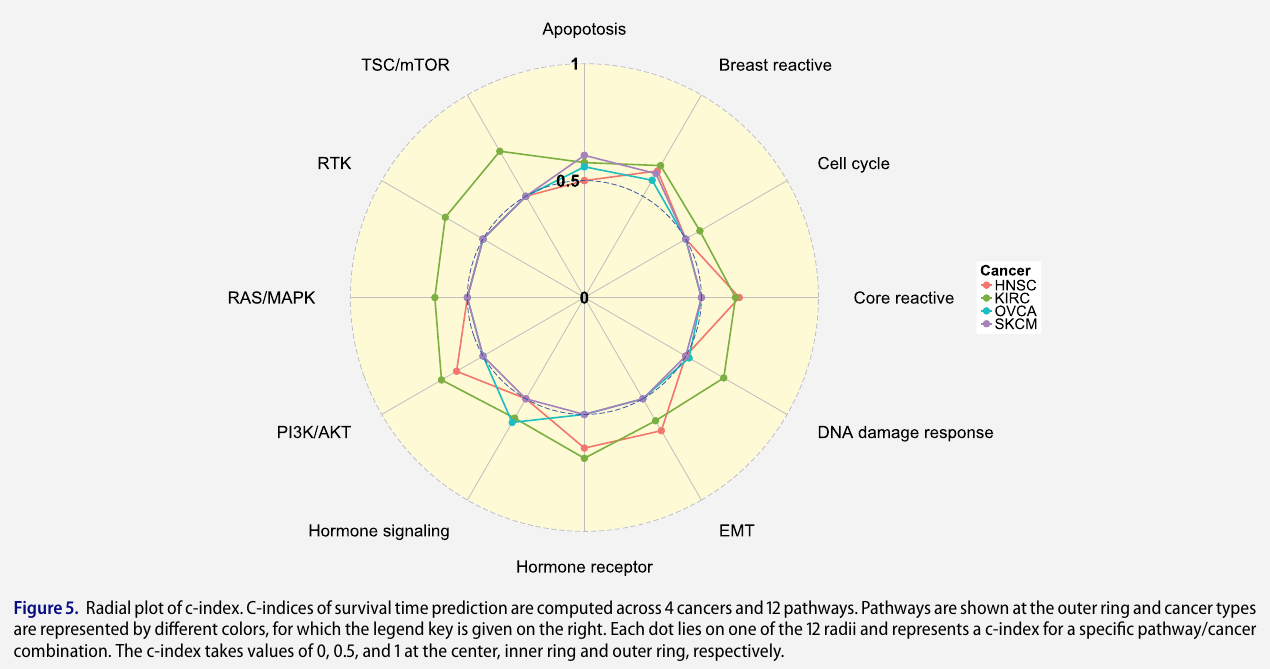 The code is available at https://github.com/jasa-acs/Bayesian-Hierarchical-Varying-sparsity-Regression-Models-with-Application-to-Cancer-Proteogenomics, but the source code is hidden, only the executable program.