The algorithm first links particles between consecutive frames and then links the resulting track segments into complete trajectories. Both steps are formulated as global combinatorial optimization problems whose solution identifies the overall most likely set of particle trajectories throughout a movie.

SPT goes beyond the detection and localization of particles; its key step is the establishment of correspondence between particle images in a sequence of frames.

In multiple-hypothesis tracking (MHT), given particle positions in every frame, all particle paths within the bounds of expected particle behavior are constructed throughout an entire movie. The largest nonconflicting ensemble of paths is then chosen as the solution, and the solution is globally optimal in both space and time. But it is computationally prohibitive.

In the gap closing, merging and splitting step, six types of potential assignments were in competition. 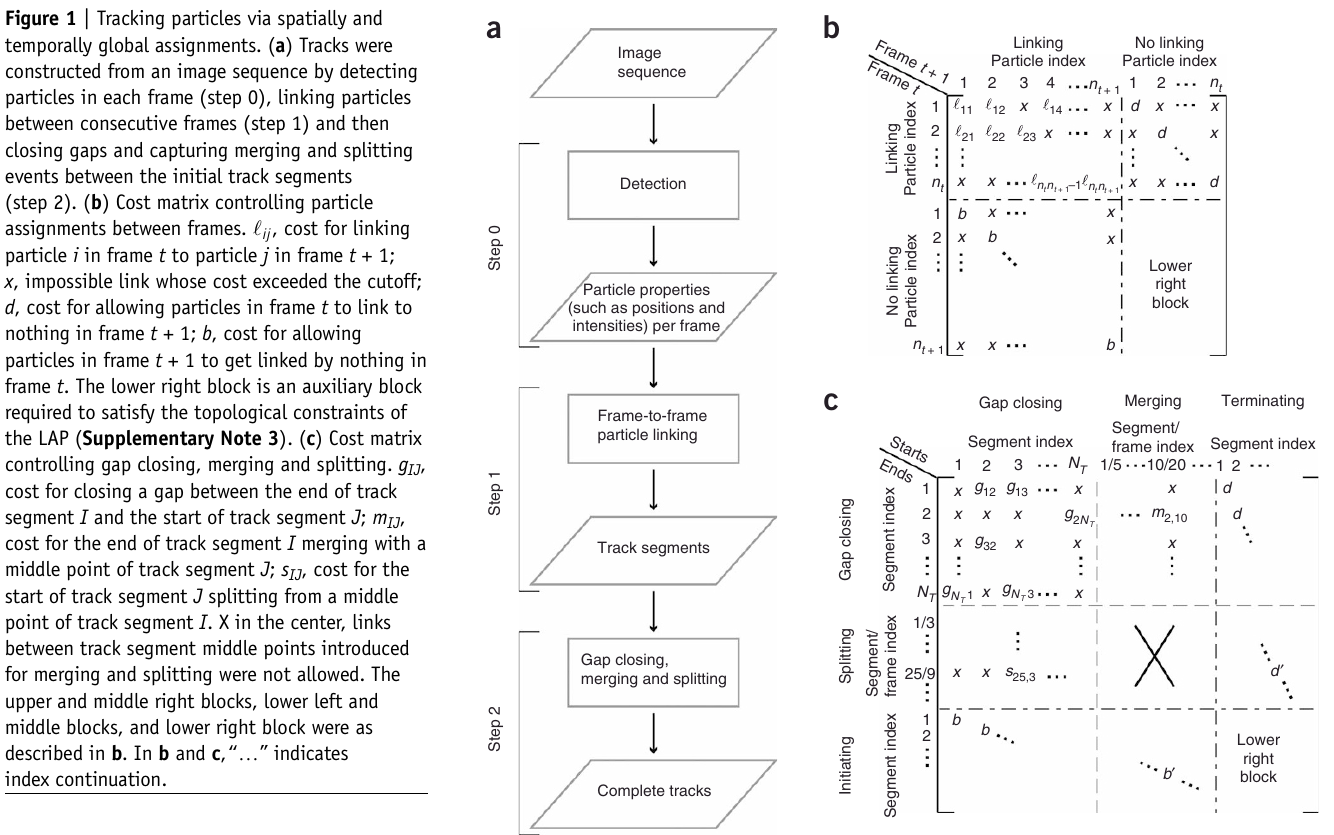 The framework is independent of problem dimensionality (2D or 3D) as well as of the type of particle motion (Brownian motion and directed motion, among others). It is also independent of the physical nature of the particle (single molecule, molecular assembly, organelle and others), which mainly influences the choice of an appropriate particle-detection method. But the cost function must be tailored to be specific tracking application.