Global Tracking via the Viterbi Algorithm

In cell and developmental biology, different cell types are studied either

Time-lapse microscopy can be used to characterize and quantify many different aspects of cell behavior, such as proliferation (增殖), mitosis (cell division), apoptosis (cell death), migration, and morphology.

The main challenge of the track linking problem is to perform data association despite errors in the segmentation. 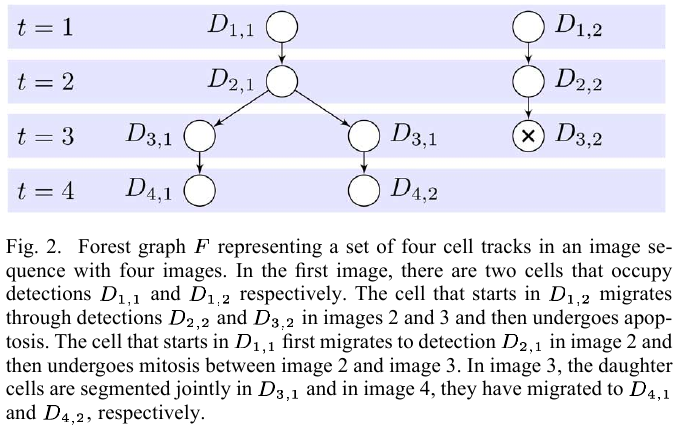 The scoring function is memoryless in the sense that the score associated with an event in a cell track does not depend on prior events in the track. This is equivalent to a Markov property saying that the event following the current time-point is independent of prior states of the cell, given the current state of the cell.