The covariance operator $\Gamma$ of $X_i$ is given by 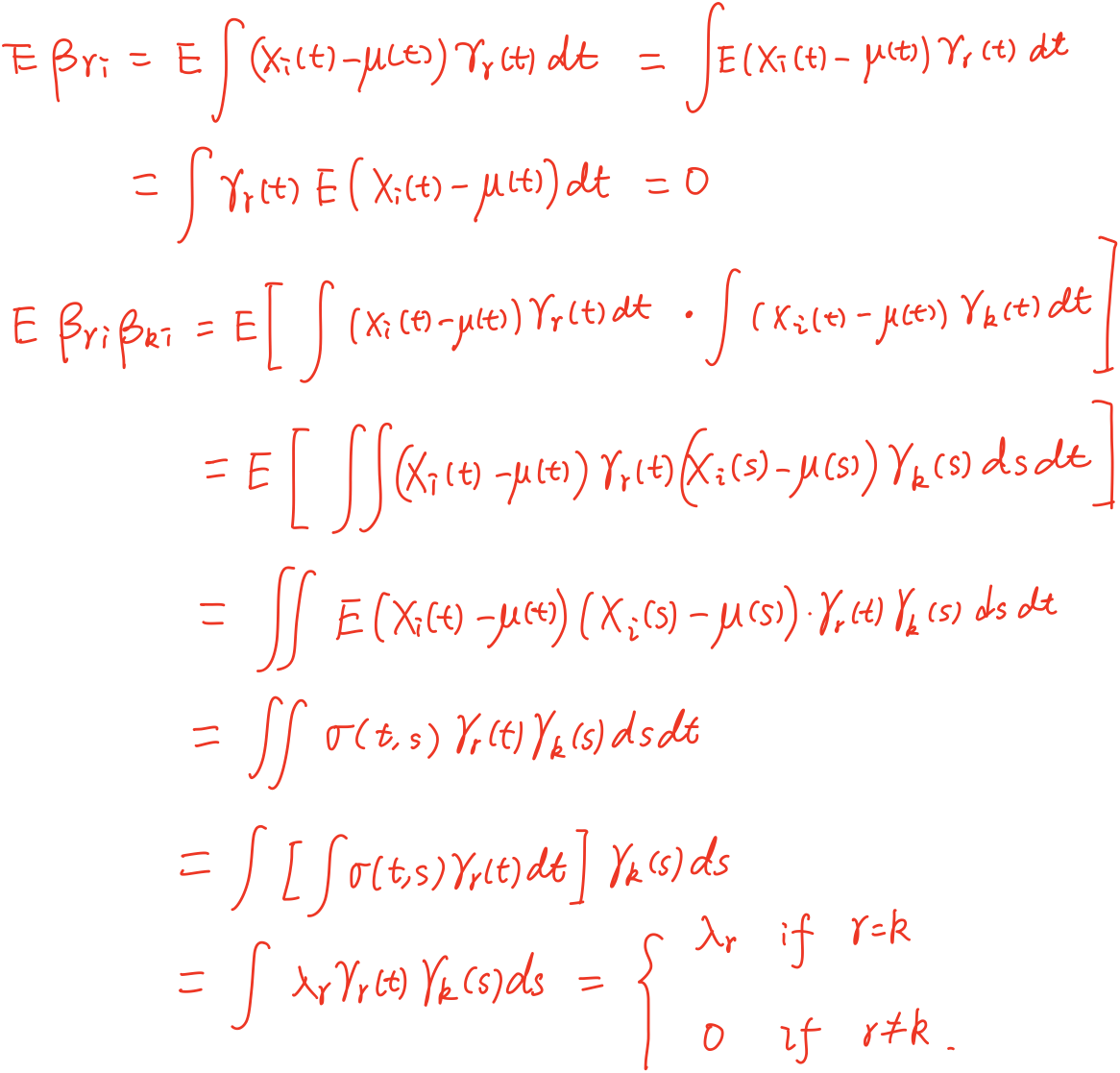 The approach of estimating principal components is motivated by the well-known duality relation between row and column spaces of a data matrix.

For $X_1^{(1)},\ldots, X_{n_1}^{(1)}$ and $X_1^{(2)},\ldots, X_{n_2}^{(2)}$ be two independent samples of smooth functions. The problem of interest is to test in how far the distributions of these random functions coincide, which can be translated into testing equality of the different components of these decompositions

The corresponding test statistics are

and the critical value is approximated by the bootstrap distribution of

which can be translated into the condition that

and a test statistic is

whose critical value is also determined by the bootstrap samples.

European call and put options are derivatives written on an underlying asset with price process $S_i$, which yield the pay-off $\max(S_I-K, 0)$ and $\max(K-S_I, 0)$, respectively. Here

The BS pricing formula for a Call option is

The implied volatility (IV) $\tilde \sigma$ is defined as the volatility $σ$, for which the BS price $C_i$ equals the price $\tilde C_i$ observed on the market.

For a single asset, obtain at each time point $i$ and for each maturity $\tau$ a IV function $\tilde \sigma_i^\tau(K)$. For given parameters $S_i, r, K, \tau$ the mapping from prices to IVs is a one-to-one mapping.