In the situation of the same variables being measured on objects from different groups, the covariance structure may vary from group to group. And in some these cases, tests of significance suggest that the underlying population covariance matrices are not exactly identical in all groups.

where $\beta$ is an orthogonal $p\times p$ matrix.

In contrast to the one-sample PCA, no canonical ordering of the columns of $\beta$ need be given, since the rank order of the diagonal elements of the $\Lambda_i$ is not necessarily the same for all groups.

Maximizing the likelihood function is equivalent to minimizing 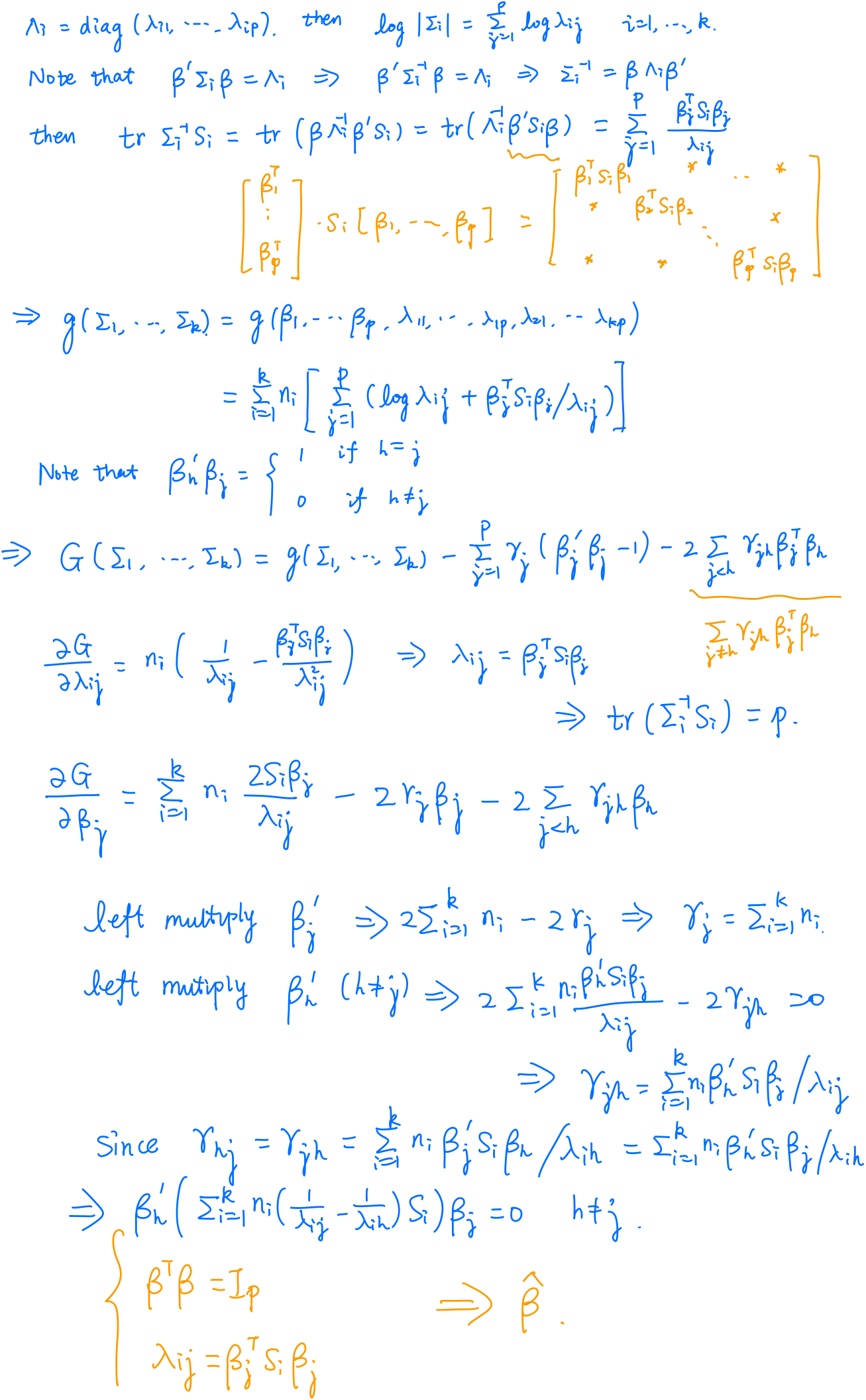