neural collapse: the emergence of certain geometric patterns of the last-layer features and the last-layer classifiers, when the neural network for balanced classification problems is well-trained in the sense that it is toward not only zero misclassification error but also negligible cross-entropy loss.

the paper will show the phenomenon emerges in the surrogate model instead of the multiple-layer neural networks.

In the Layer-Peeled Model, the last-layer classifiers corresponding to the minority classes collapse to a single vector when the imbalance ratio $R$ is sufficiently large.

The Minority Collapse phenomenon reveals the fundamental difficulty in using deep learning for classification when the dataset is widely imbalanced, even in terms of optimization, not to mention generalization. 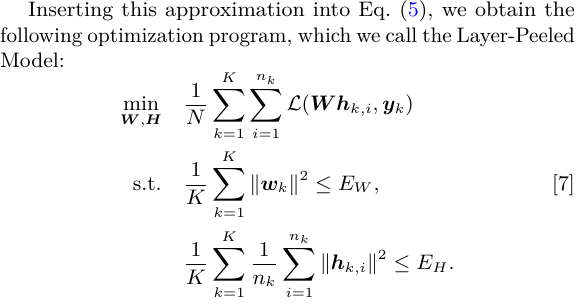 Extensions to Other Loss Functions 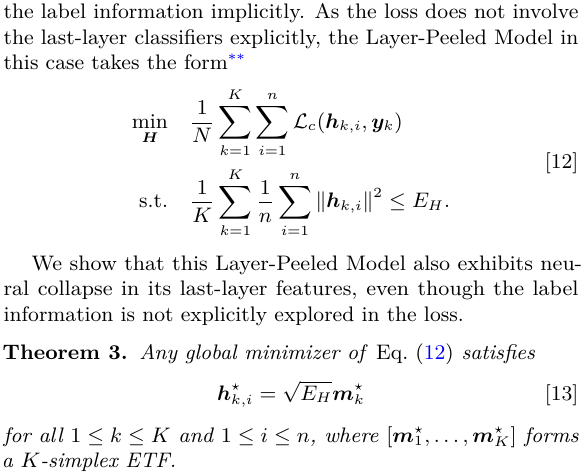 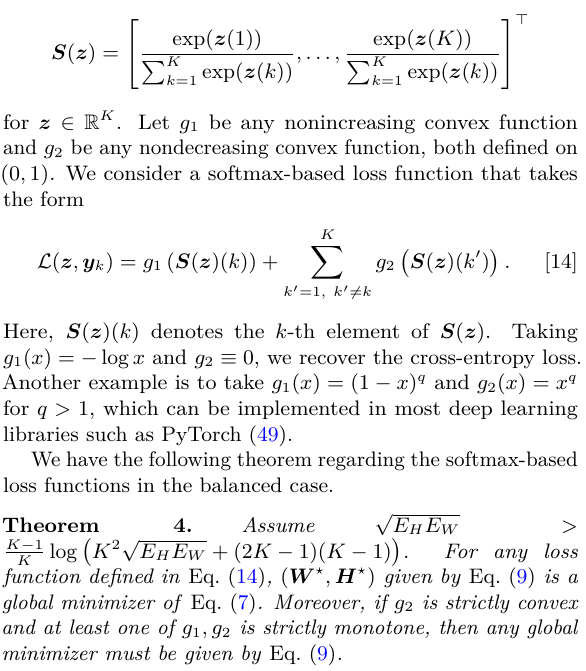