This note is for Chapter 19 of Astronomy Today, 8th Edition.

Stars of Other Masses

The temperatures, densities, and radii of prestellar objects of other masses exhibit similar trends, but the numbers and the tracks differ, in some cases considerably.

Observations of Cloud Fragment and Protostars 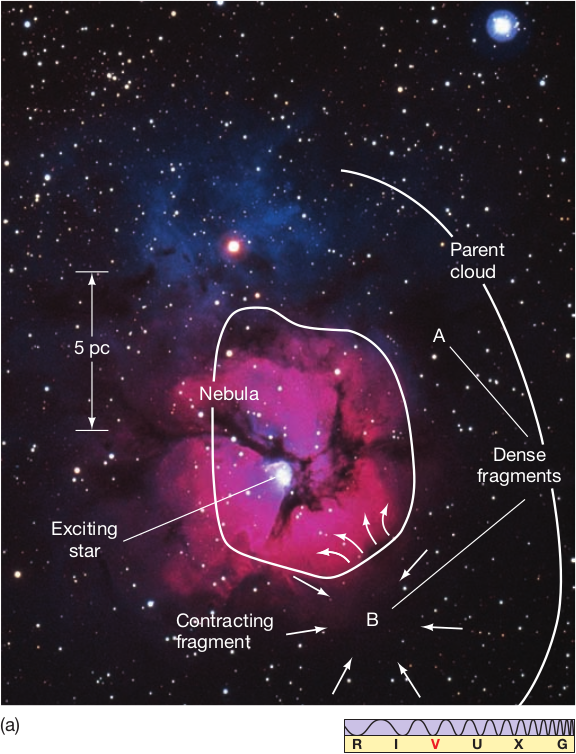 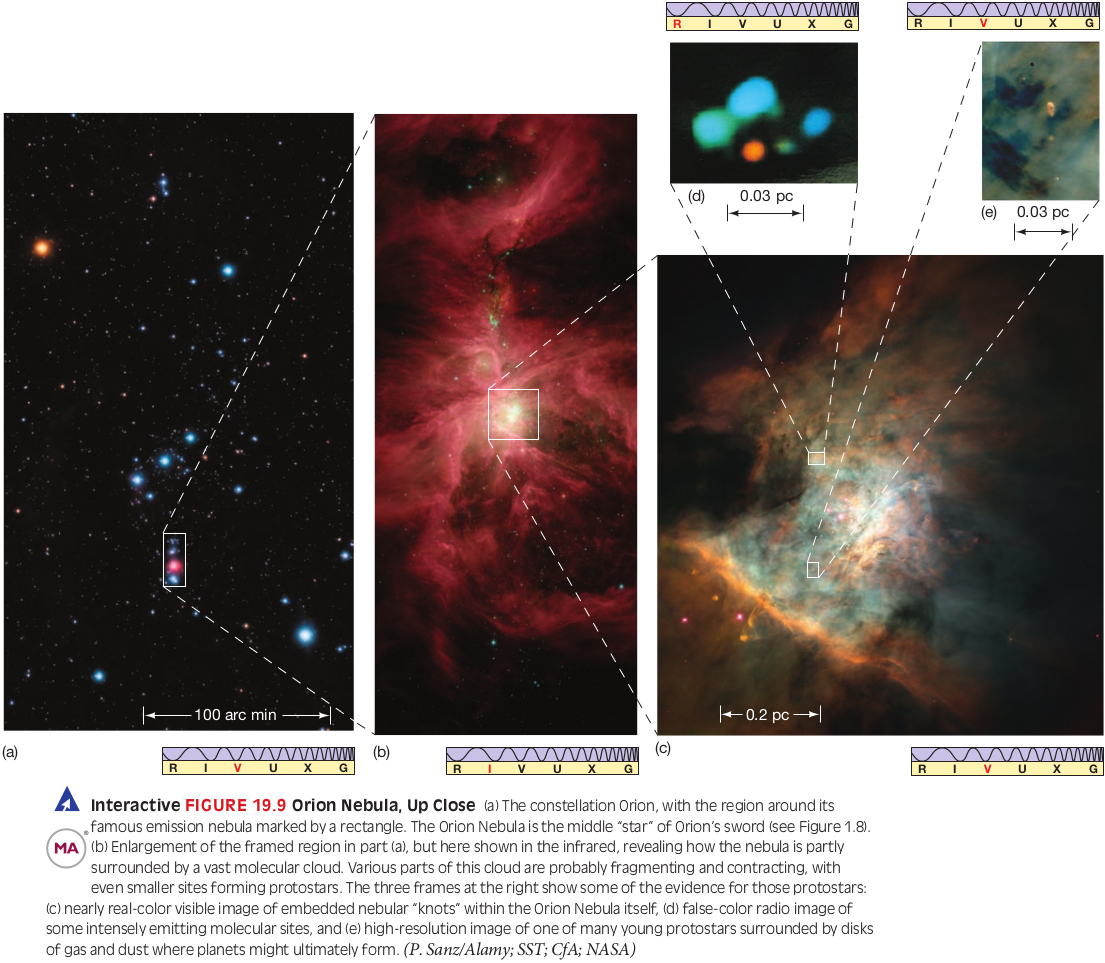 for objects at more advanced stages of star formation, radio techniques become less useful, because stage 4, 5, 6 have increasingly higher temperatures. Their emission shifts toward shorter wavelengths, so these objects shine most strongly in the infrared.

Strong heating within the turbulent disk and a powerful protostellar wind (may be related to the violent surface activity associated with many protostars) combine to produce a bipolar flow, expelling two “jets” of matter in the directions perpendicular to the disk. As the protostellar wind gradually destroys the disk, blowing it away into space, the outflow widens until, with the disk gone, the wind flows away from the star equally in all directions. 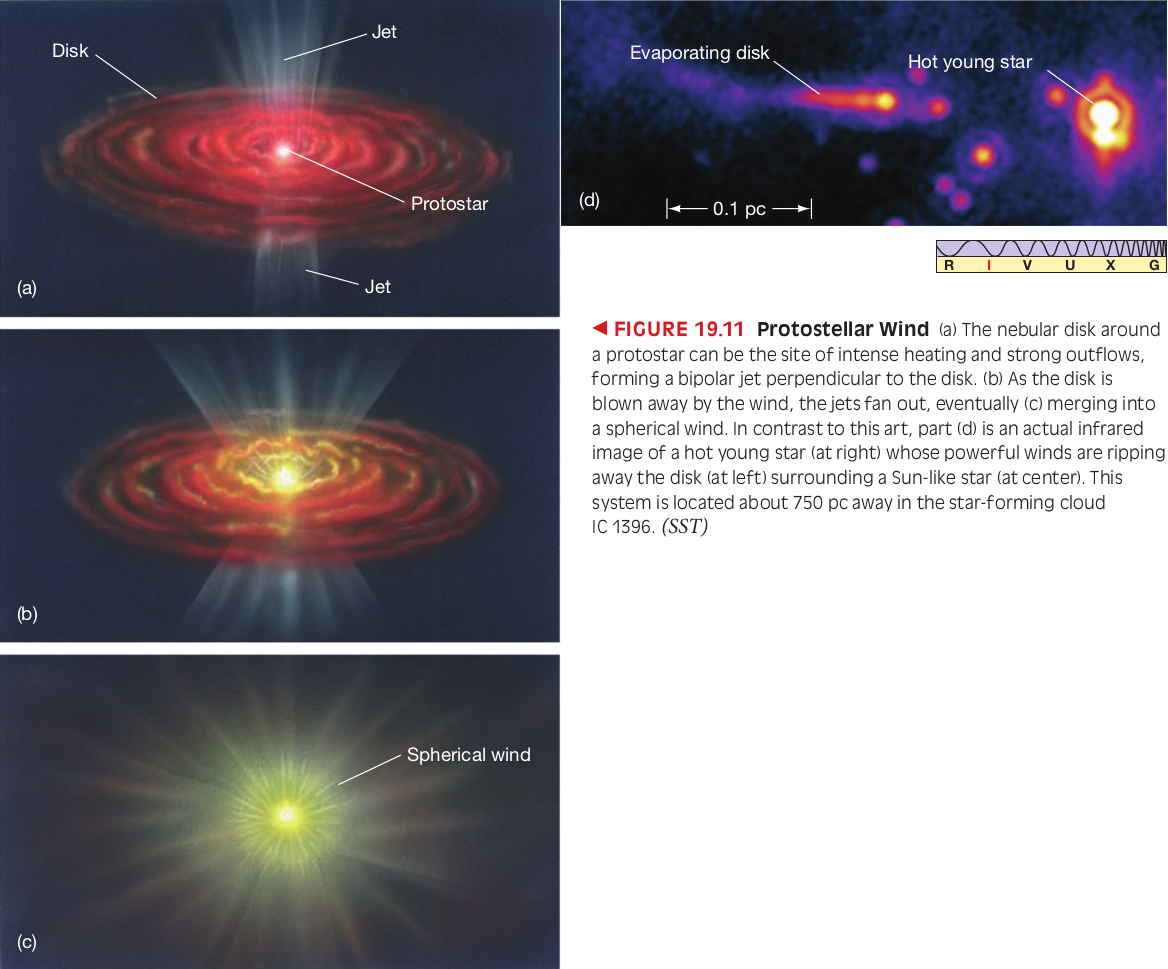 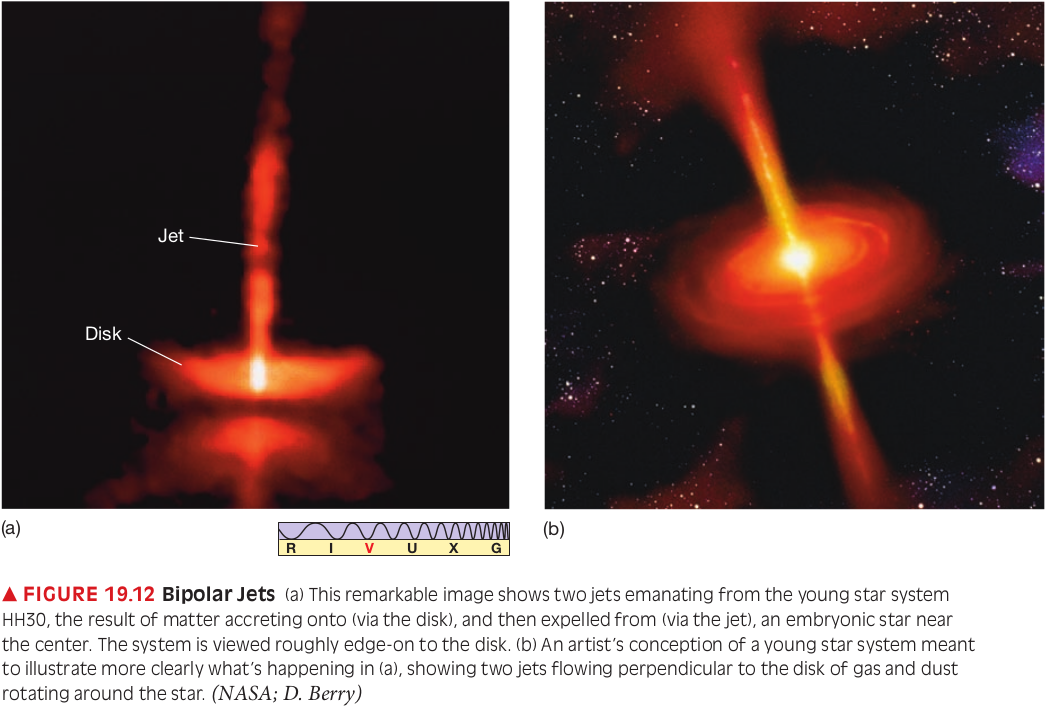 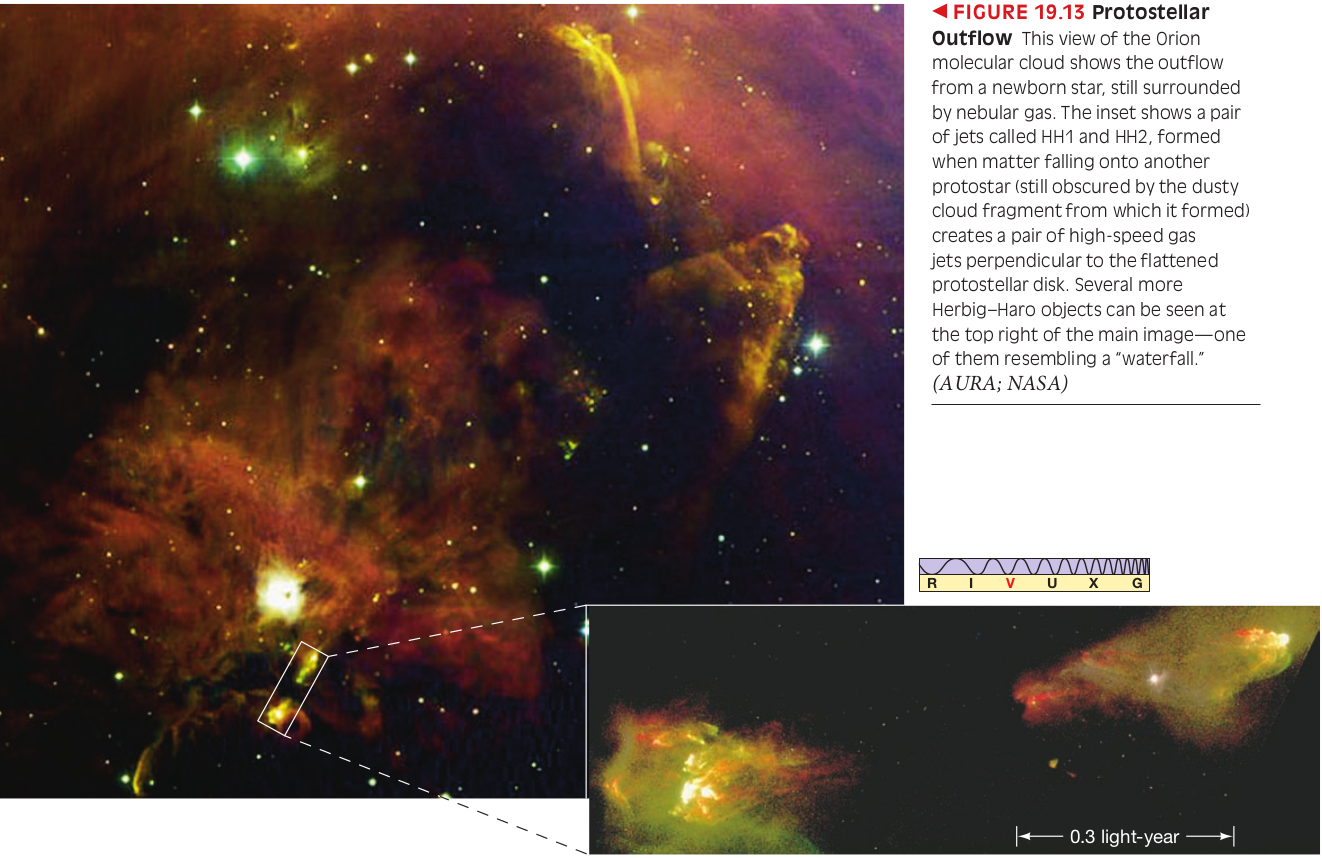 the end result of the collapse of a cloud is a group of stars (star cluster), all formed from the same parent cloud and lying in the same region of space. 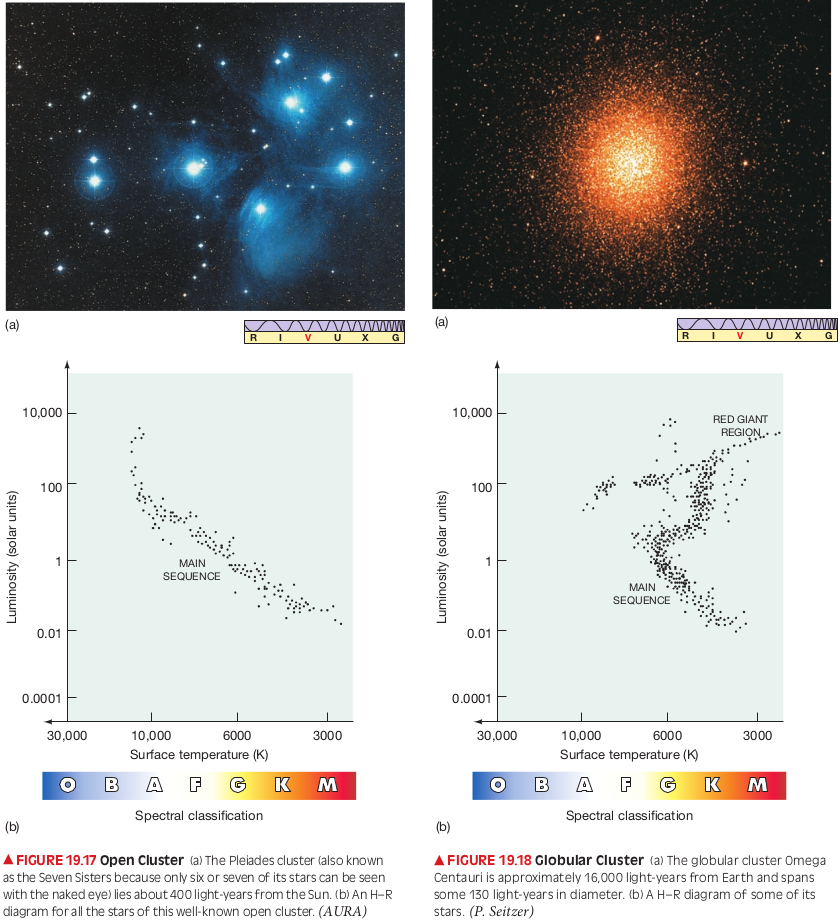 At present, the main stages in the formation of individual stars (stages 3-7) are becoming clearer, the answers to the general questions involving stages 1 and 2 are still sketchy.

The precise number of stars of any given mass or spectral type likely depends in a complex (and poorly understand) way upon conditions within the parent cloud.

physical interactions–close encounters and even collisions–between protostars within a star cluster may be very important in determining the properties of the stars that eventually form. 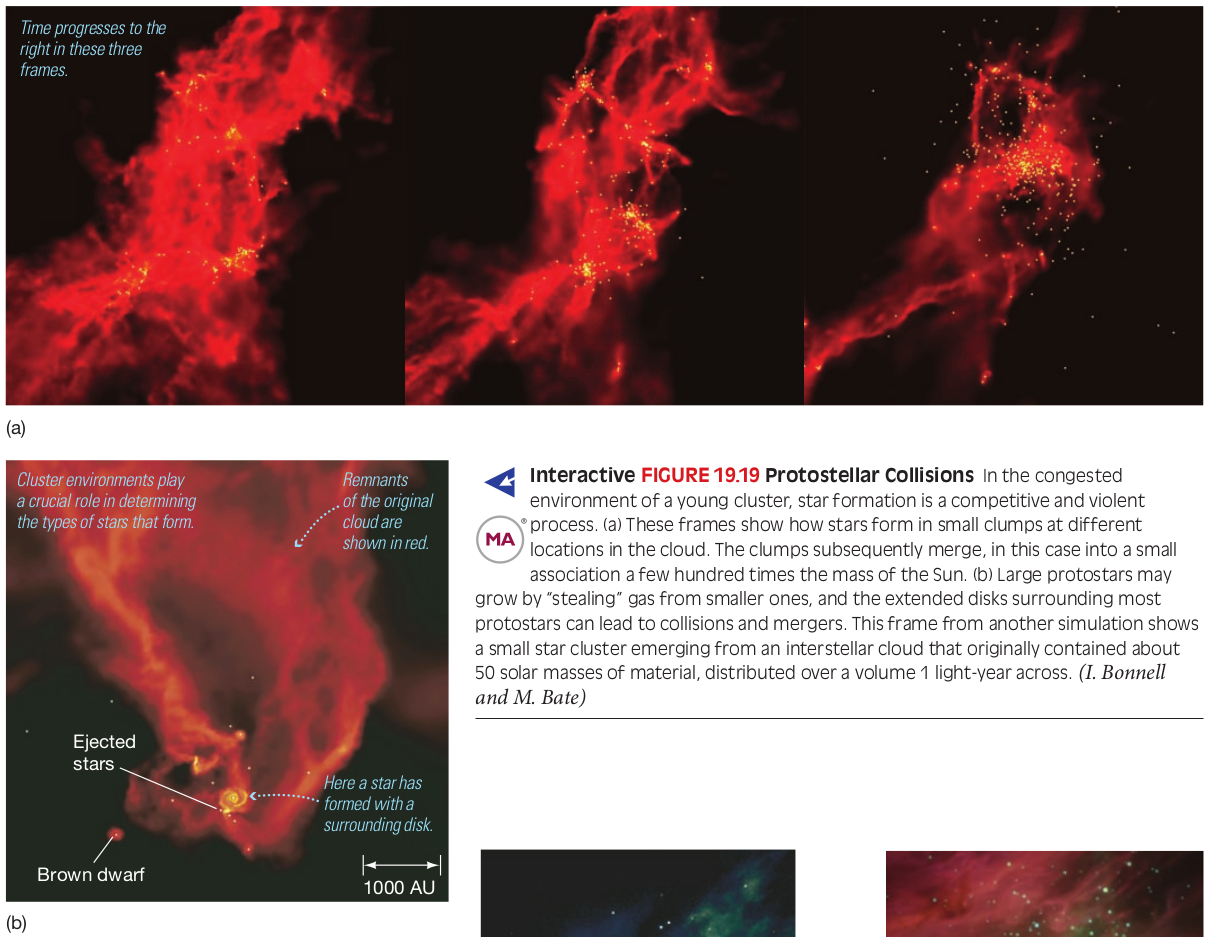