Interpretation: the primary mechanism driving local incidence of tuberculosis in urban centres is local transmission between both migrants and residents

In China, the notification rate of tuberculosis According to WHO, The number of TB cases (new and relapse) notified to the national health authorities during a specified period of time per 100,000 population. is substantially higher in rural than in urban communities, and increased notifications and transmission of tuberculosis in cities have been predicted as a result.

Evidence before the study

Added value of this study

Implications of all the available evidence

all people aged 15 years or older with tuberculosis symptoms

Beijing family strains is the most prevalent strains in China. 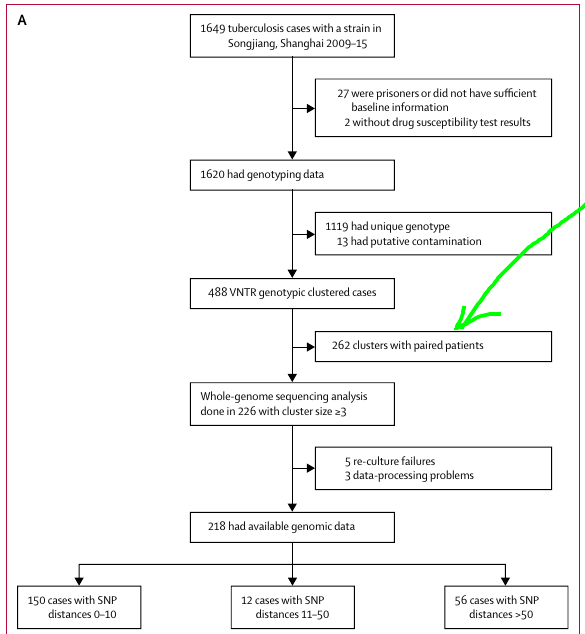 To test the hypothesis that spatial proximity was associated with greater genetic similarity (i.e., a smaller SNP distance), the paper employed a multivariable logistic regression model where the full model includes the following independent variables:

And it reports the following table, 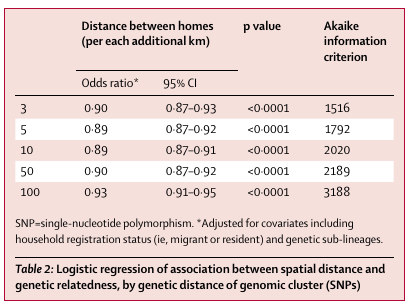 I have no idea how the multivariate logistic regression works!