The functional principal components (FPCs) for each group are

Aim to perform FPCA in a manner allowing sensible comparisons between groups of curves. CFPCA identifies the common sources of variation evident across groups but allows the order of each component to change for a particular group. This allows for the direct comparison of components across groups.

The eigenvalues determine the ranking of the CFPCs in each group and examining these rankings places the emphasis on comparing differences in the distribution of the variation across the factors in each group rather than comparing the means. 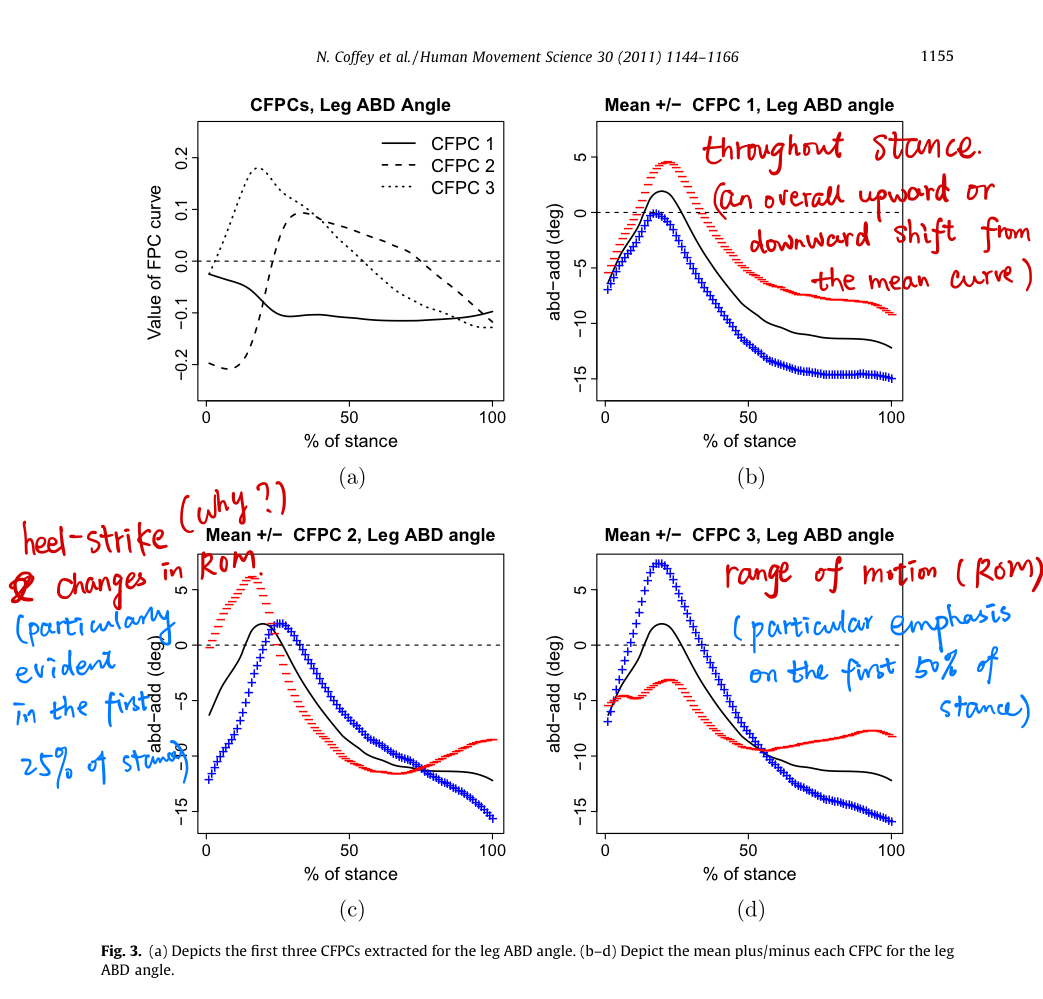 Compare the different based on the proportions of the explained variance of the common PCs, such as 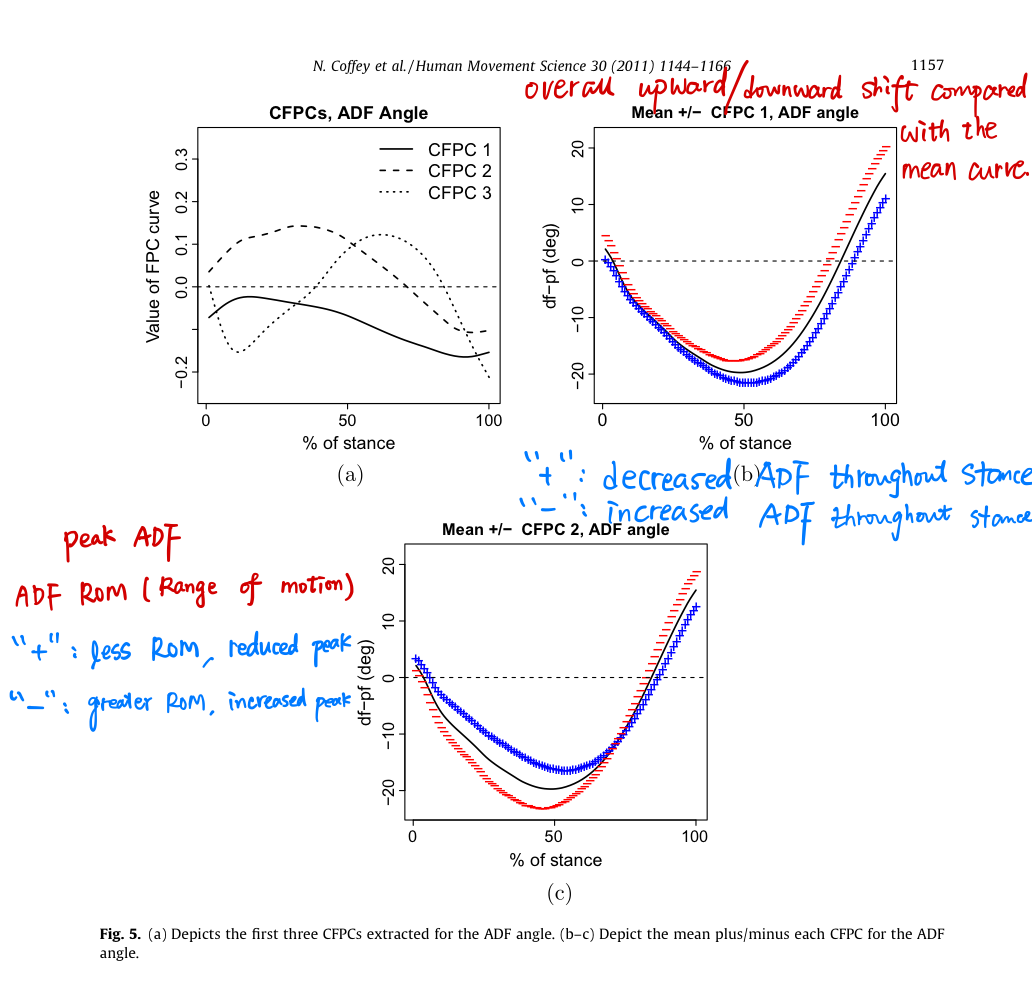 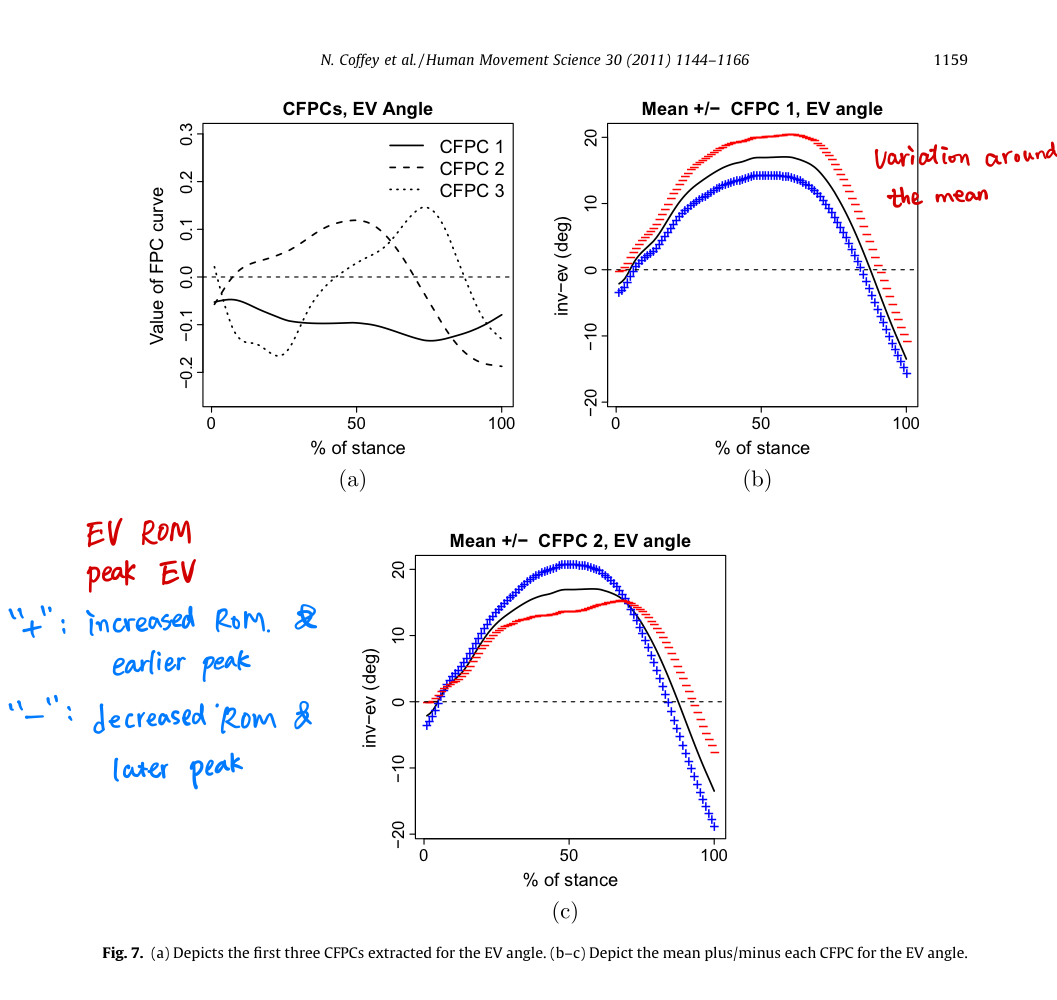 where the $\Lambda_{g_1g_2}^c$ values determine the ranking of each component both within and between groups. (a little confused, does it need to consider $g_1=g_2$, or only $g_1\neq g_2$? Different from the CFPCA, the eigenvalues would be calculated for each group, and should only determine the ranking of the component within group. Both within and between groups is something similar to the FPCA for the aggregated data set.)