Some extensions and modifications of FPCA, 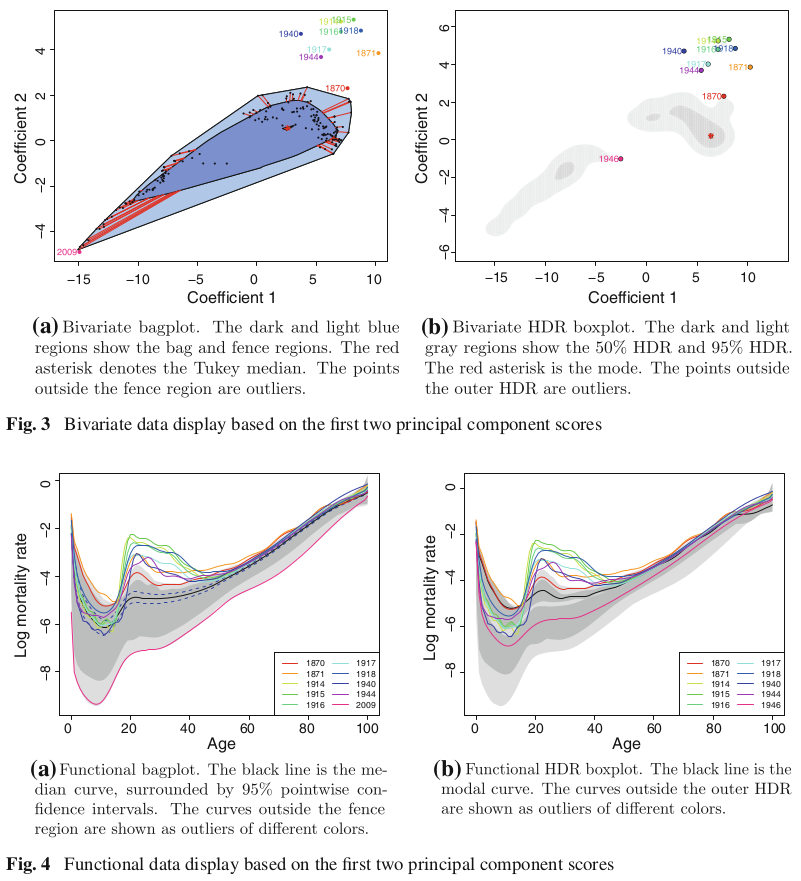 FPCA in modeling and forecasting

Regardless of the type of functional regression model, there are two difficulties in using them for analyzing the relationship between predictor and response variables:

There are two general strategies for overcoming these problems,

The objective is to obtain a rule for a sample to classify a new curve by estimating its membership label.