This note is based on the slides of the seminar, Dr. ZHU, Huichen. Conditional Quantile Random Forest. 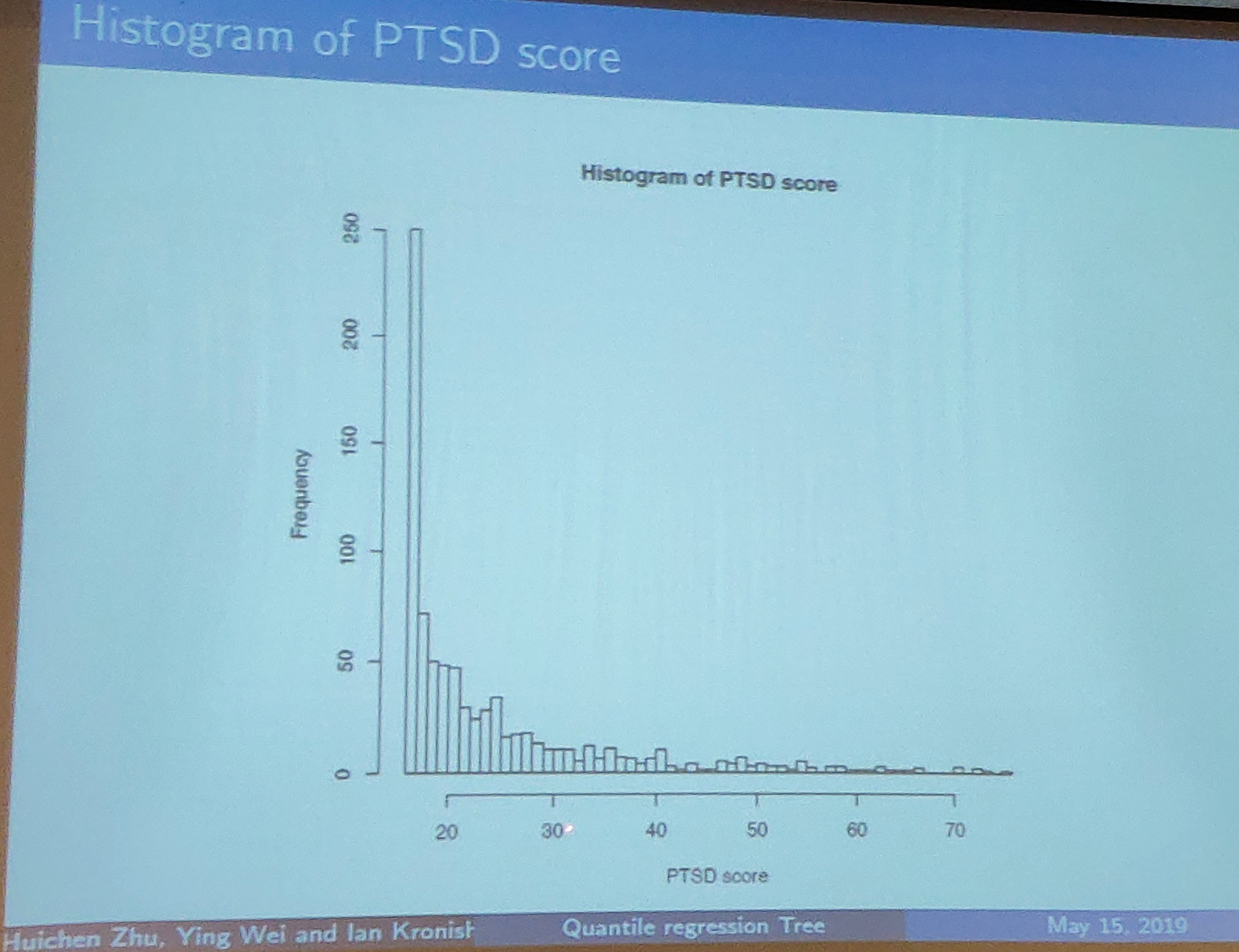 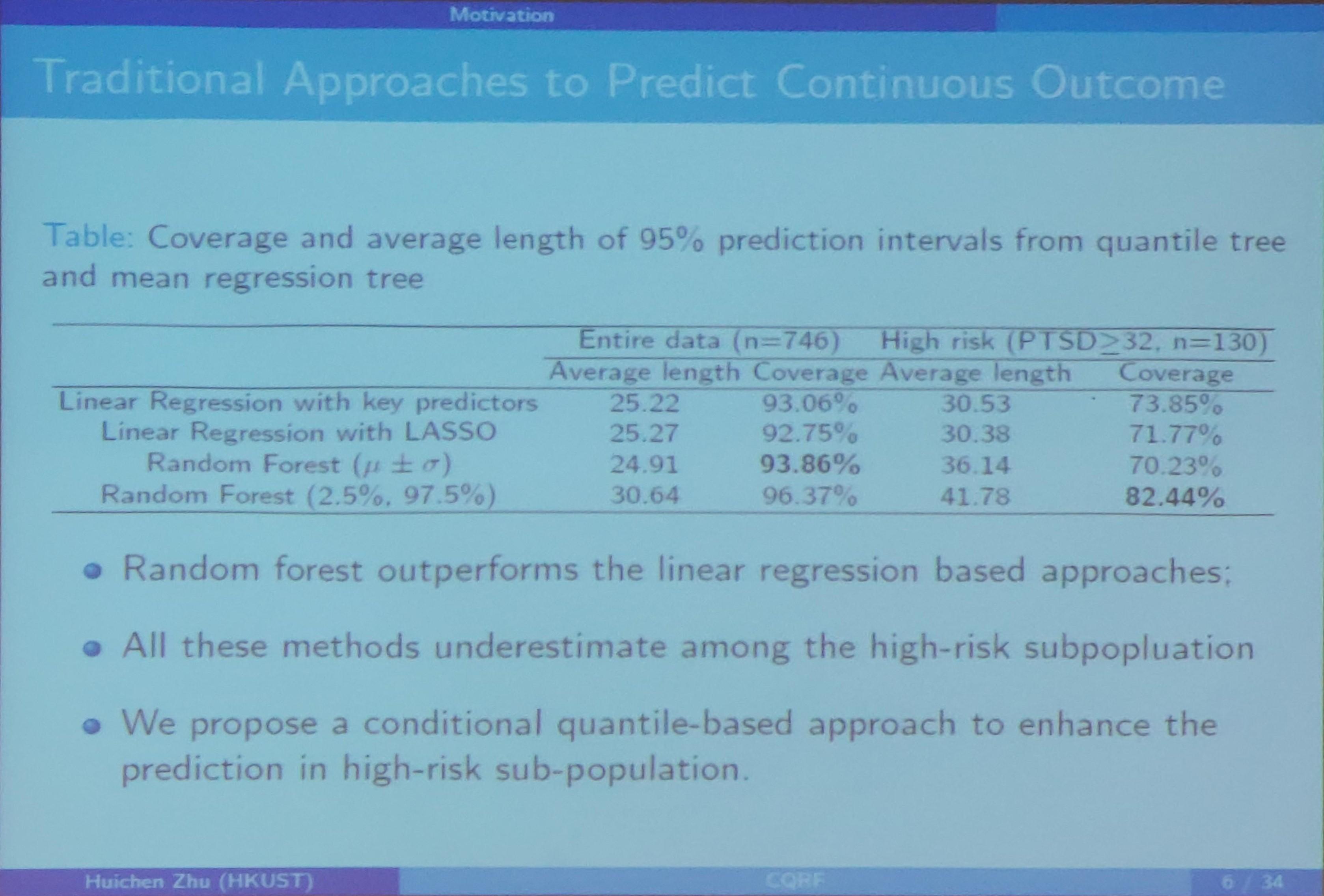 (??Is that fair for the previous compared methods do not combine such domain knowledge)

Re-model the data in $N$ following the split $s$ as

Propose the first splitting criterion, extended from the concept of RSS, in the form,

A contingency table can be constructed based on $\hat R_i$ for each split $s$.

confused about the above two figures.

randomly draw a sub-sample ($m, m\le n_t$ out of $n_t$ samples without replacement) from the training data (not a bootstrap sample!？)

based on the sub-sample, at each split

for each observation in the training sample, define a tree-based weight

and aggregate $\omega_i(x^*, b)$ over the entire forest by

Under certain conditions, for fixed $x^*$, as $n\rightarrow \infty$. 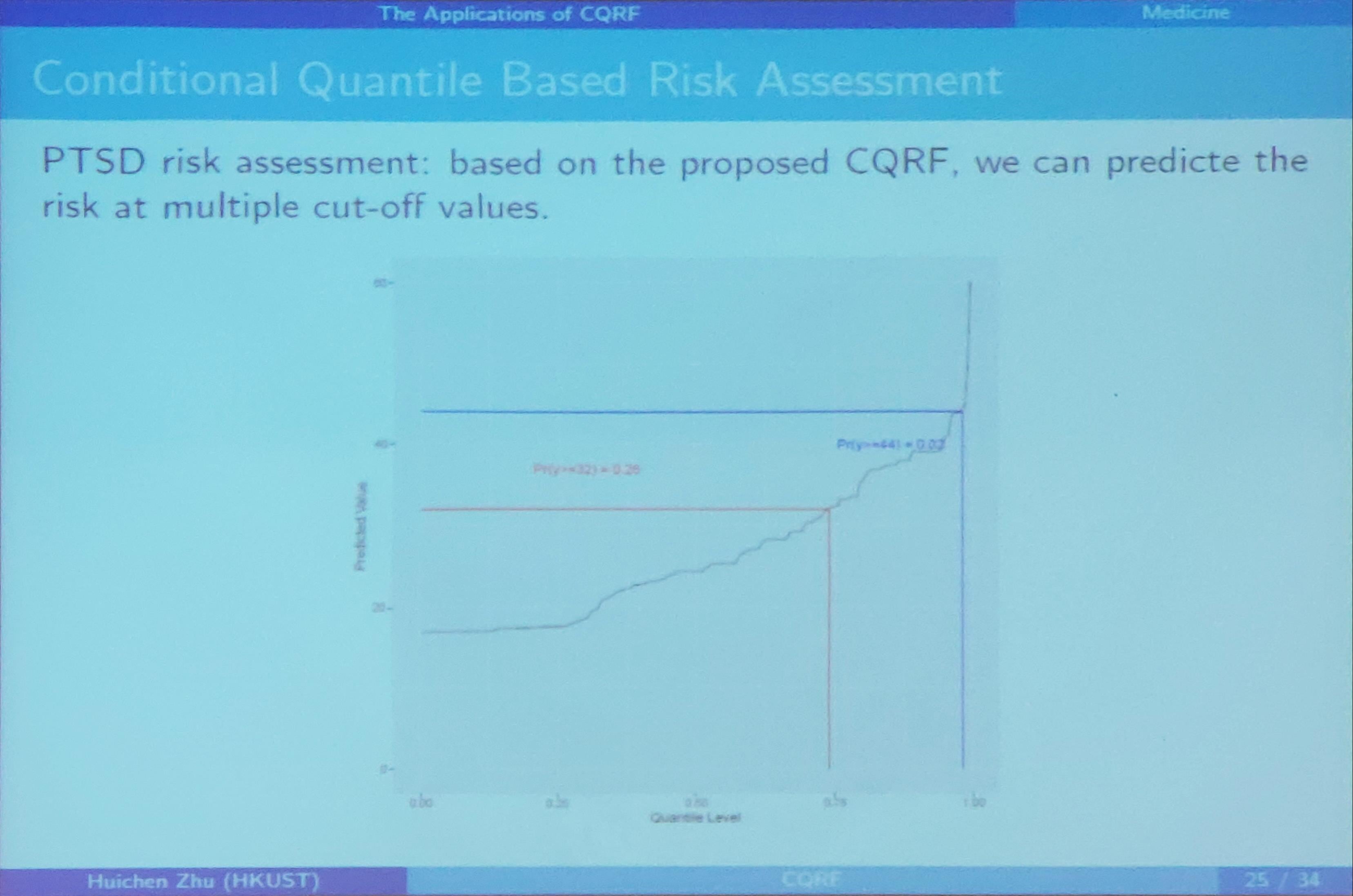 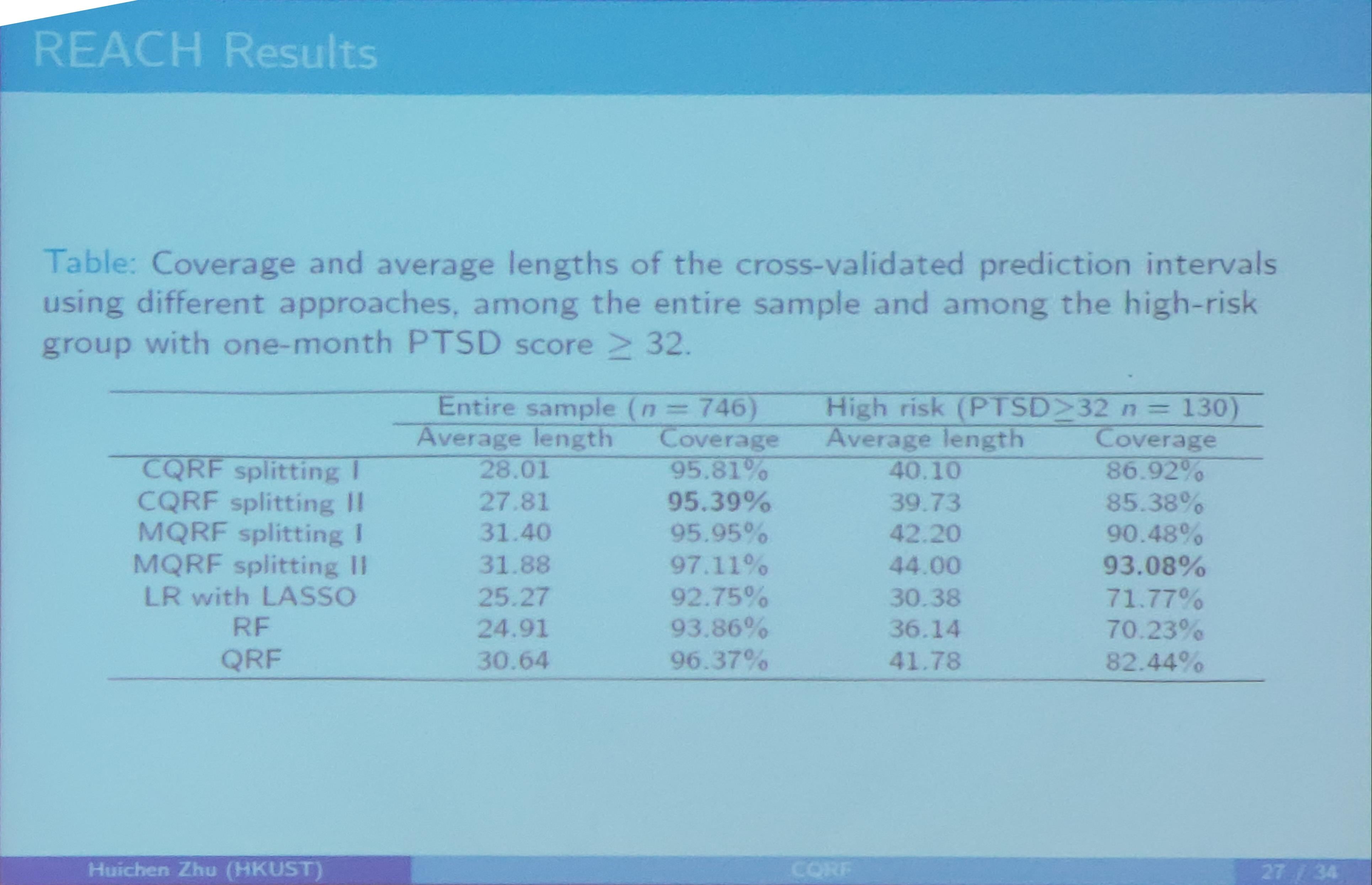 a robust and efficient approach for improving the screening and intervention strategies.

Here are the questions and the speaker’s answers, only keywords are recorded.