(represent affine transformation and nonlinear activation in a layer?)

the goal of training a neural network is to adjust the weights $\theta = {\theta_t:t=0,\ldots,T-1}$ so as to minimize some loss function that measures the difference between the final network output $x_{s,T}$ and some true targets $y_s$ of $x_{s,0}$.

In addition, consider some regularization terms for each layer $L_t:\bbR^{d_t}\times\Theta_t\rightarrow \bbR$ that has to be simultaneously minimized. Here slightly more general case regularize the sate at each layer, not only trainable parameters (!!).

Maximum principles of the Pontryagain type usually consist of necessary conditions for optimality in the form of the maximization of a certain Hamiltonian function.

Distinguishing feature: does not assume differentiability (or even continuity) of $f_t$ w.r.t. $\theta$

Thus, the optimality condition and the algorithms based on it need not rely on gradient-descent type updates.

Let $\theta^*$ be a solution. The necessary conditions are: 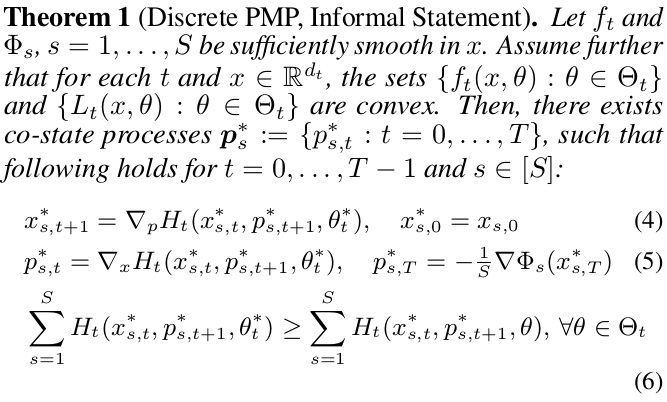 The Method of Successive Approximations

Algorithm based on the maximum principle: how to find the solution.

Each of eq. (4)-(6) represent a manifold in solution space consisting of all possible $\theta,{x_s,s\in[S]}$ and ${p_s,s\in [S]}$, and the intersection of these three manifolds must contain an optimal solution, if one exists.

Thus, an iterative projection method that successively projects a guessed solution onto each of the manifolds.

An Error Estimate for the MSA

(the discontinuity not account for the continuity of $\Theta_t$??) 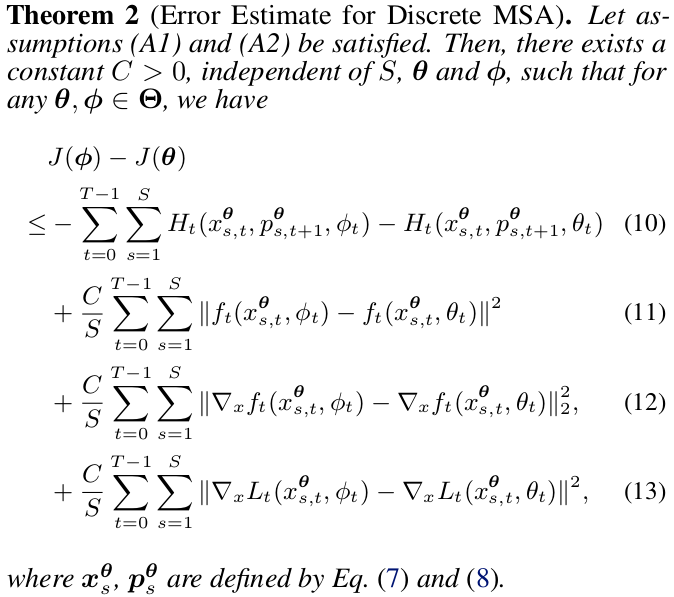 Intuitively, the Hamiltonian maximization step is generally the right direction, but we will incur nonnegative penalty terms when changing the parameters from $\theta$ to $\phi$.

Main strength: not gradient-descent, thus useful when the trainable parameters only take values in a discrete set.

for simplicity only the fully connected case 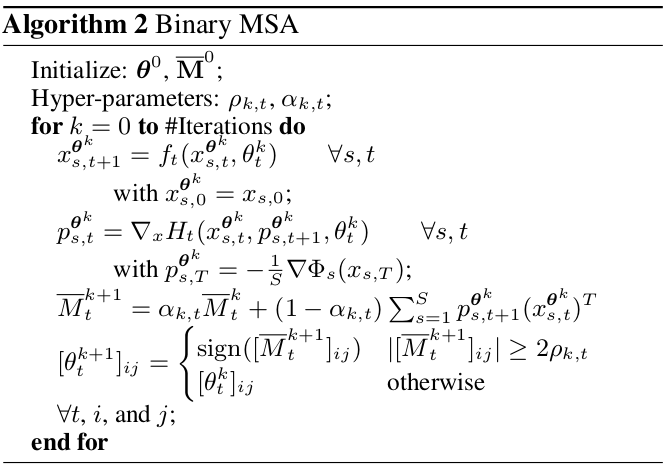 goal: explore the sparsification of the network 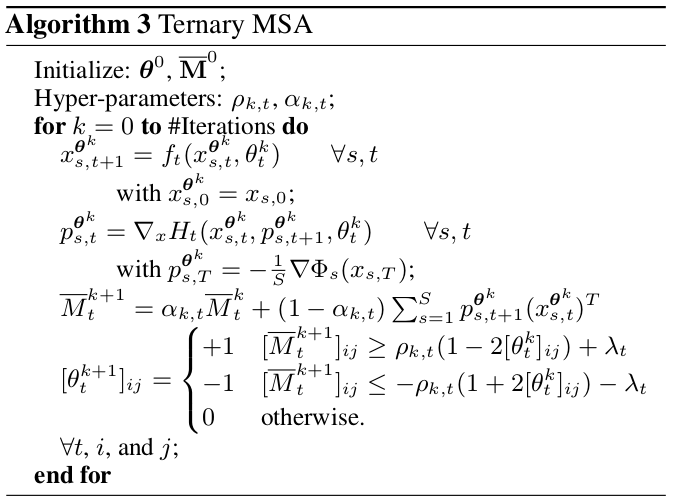