This note is based on Larry’s post, Mixture Models: The Twilight Zone of Statistics.

One of the simplest mixture models is a finite mixture of Gaussians:

An extreme case pointed by ESL, also by PRML (someone said), the likelihood function can blow up to infinity as the variance of that Gaussian shrinks to zero.

Multimodality of the Likelihood

The likelihood has many modes. Finding the global (but not infinite) mode is a nightmare. The EM algorithm only finds local modes.

For a specific application of mixture models, use the following figure which represent the contours of the likelihood to provide some intuition. 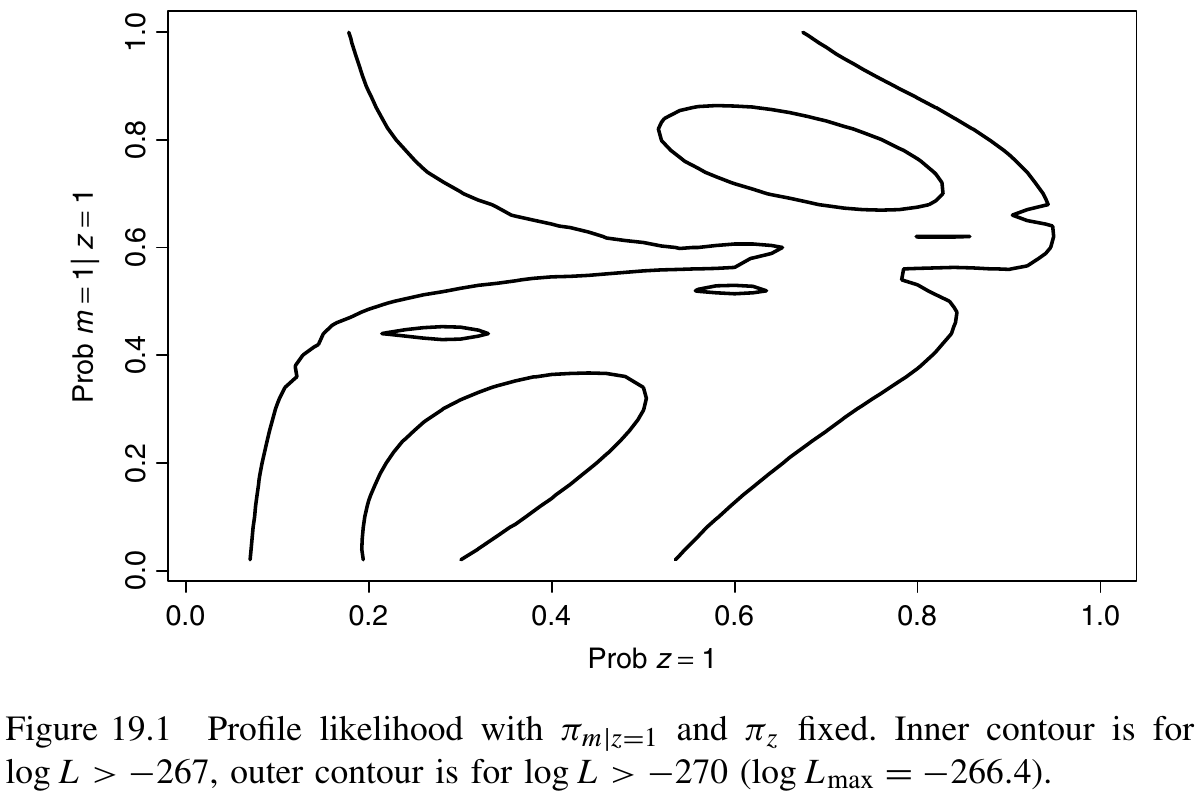 The most notable feature is the two modal regions corresponding to estimates in the neighborhood of the two equivalent maximum likelihood estimates.

A approach to solve the label-switching problem might be to assign one of the observations to a specific class. If we assume that one of these observations is known to be in class 1, the modified likelihood looks strikingly different. 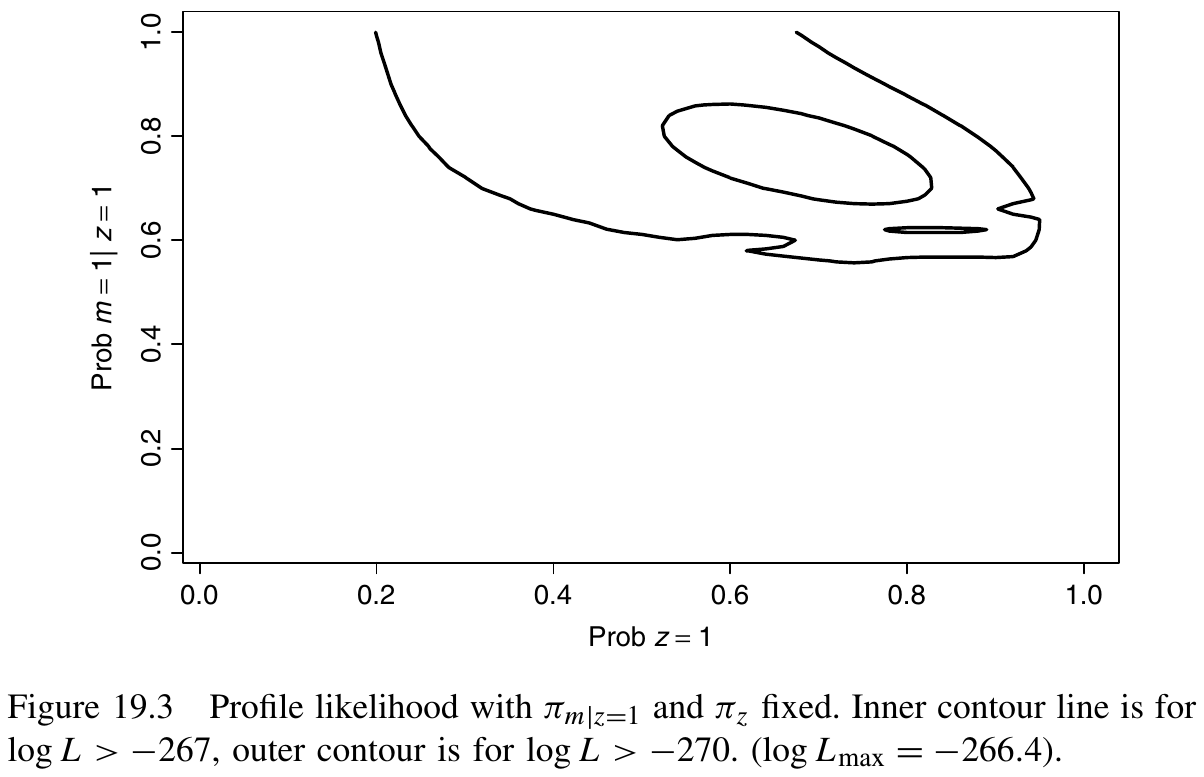 (I guess there are other modes not caused by the label switching, which would be more serious, but I want some examples to help me understand.)

Multimodality of the Density

The number of modes of a mixture of $k$ Gaussians might have less than $k$ or more than $k$. Edelsbrunner et al. (2013) said that extra (ghost) modes do not exist in $\bbR^1$ and are generally not well studied in high dimensions. They study a configuration of $n+1$ Gaussian kernels for which there are exactly $n+2$ modes.

First, there is nonidentifability due to permutation of labels.

Secondly, a bigger issue is local nonidentifability. Suppose that

Chen (1995) establish the best possible rate of convergence for estimating the mixing distribution. The key for estimating the mixing distribution is the knowledge of the number of components in the mixture. While a $\sqrt n$-consistent rate is achievable when the exact number of components is known, the best possible rate is only $n^{-1/4}$ when it is unknown.

Improper priors would yield improper posteriors, but proper priors may be undesirable because they require subjective input. Wasserman (2000) proposed the use of specially chose data-dependent priors.

Specifically, let $\cL_n(\psi)$ be the likelihood function and let $\pi(\psi)$ be some ‘target’ prior which assumed to be improper. The formal posterior

Inference is based on the pseudoposterior

which is proper. The pseudoposterior is equivalent to a posterior based on the product of the usual likelihood and a data-dependent prior $\pi_n$, i.e.,