A primary goal in many applications: infer cause-effect relationships between variables

In the context of unknown casual structure, a typical approach for casual discovery is to

Within the framework of structural equation models (SEMs), work for fully identifiable structures exploiting additional restrictions such as

The paper propose a new method for casual discovery.

The method is tailored for the setting where data from different experimental settings or regimes, such as

The method does not require knowledge of the location of interventions,

If a subset $S^\star\subset {1,\ldots,p}$ is causal for the prediction of a response $Y$, we assume that

where $g$ are assumed to be the same for all the experimental settings.

It reminds me of the common principal components. 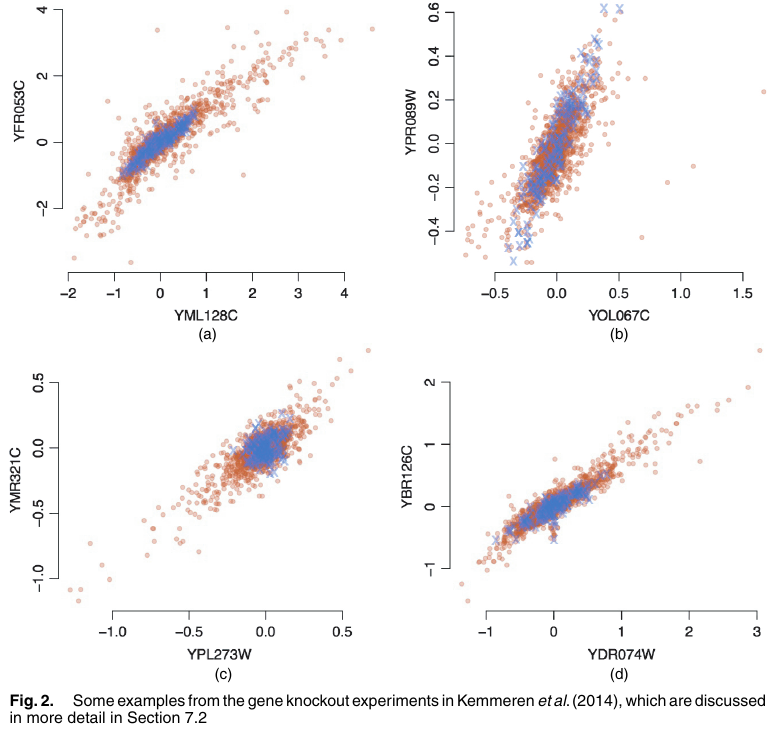