the increased availability of massive data sets provides a unique opportunity to discover subtle patterns in their distributions,

use quantile regression in order to extract features of the conditional distribution of the response while avoiding tail conditions and taking heteroskedasticity into account.

To utilize the divide and conquer approach where the full sample is randomly split across several computers into $S$ smaller sub-samples of size $n$, the minimization is solved on each sub-sample, and results are averaged in the end to obtain the final estimator $\bar\bbeta(\tau)$.

To obtain a picture of the entire conditional distribution of response given predictors, it requires to estimate the conditional quantile function at several quantile level.

Conduct a detailed analysis of conditions to ensure the “oracle rule”:

The asymptotic distribution of $\hat\bbeta_{or}$ is typically not pivotal. Several ways to overcome this problem: 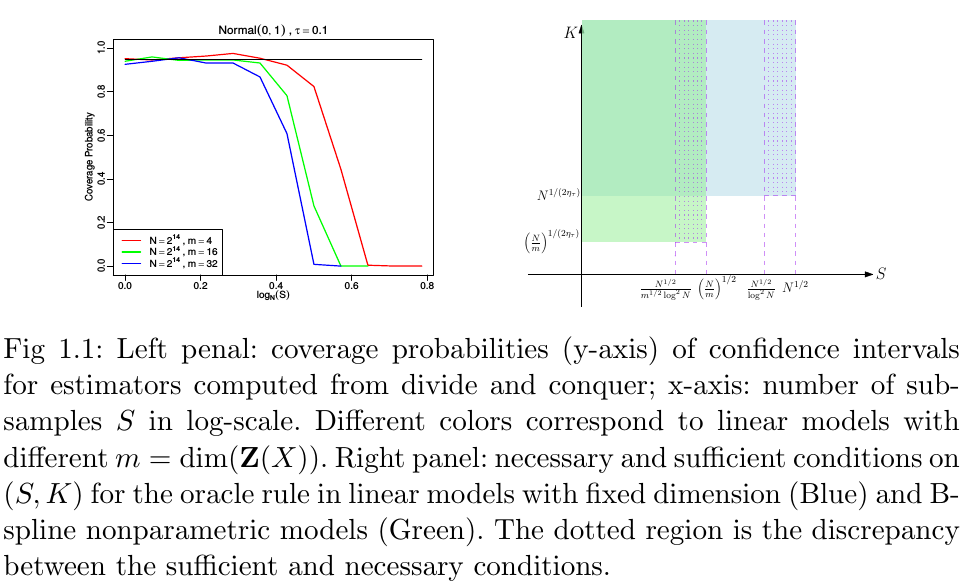