Survival analysis examines and models the time it takes for events to occur. It focuses on the distribution of survival times. There are many well known methods for estimating unconditional survival distribution, and they examines the relationship between survival and one or more predictors, usually terms covariates in the survival-analysis literature. And Cox Proportional-Hazards regression model is one of the most widely used method of survival analysis.

Censoring is a nearly universal feature of survival data, and there are three forms of censoring. Let me explain them in a medical study.

Survival analysis typically examines the relationship of the survival distribution to covariates. For example, a parametric model based on the exponential distribution may be written as,

where the constant $\alpha$ in the above model represents a kind of log-baseline hazard.

The model is semi-parametric because while the baseline hazard can take any form, the covariates enter the model linearly. Consider two observations $i$ and $i’$,

The hazard ratio for these two observations,

is independent of time $t$. Consequently, the Cox model is a proportional-hazards model.

The details of dataset can refer to the references at the end of this post. 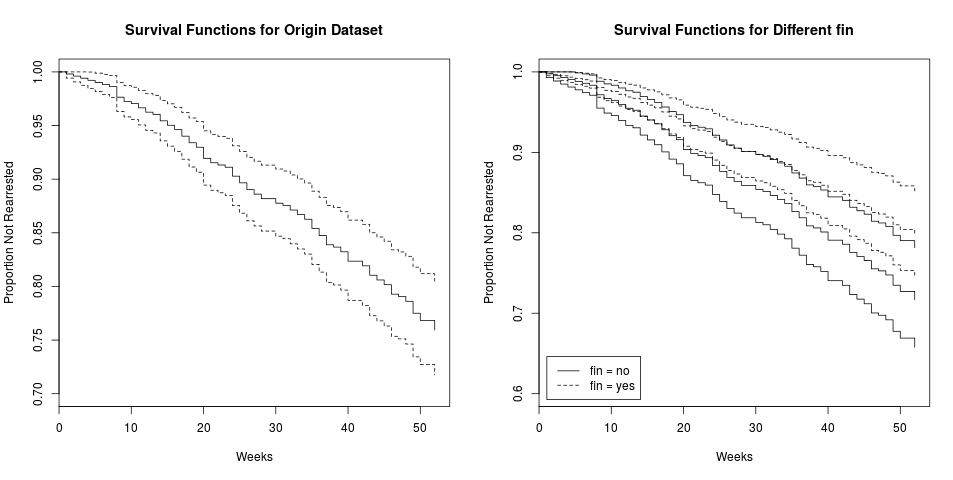